* The King of Pop is in a better Kingdom now

I woke up this morning to an sms my sister sent me. What was it? The King of Pop died after a cardiac arrest. The media calls it a shock wave in the entertainment industry, fans all around the world are in a state of shock with the death of the world's greatest artist ever.

What do I call it?? Another man, who made the best music ever, died a death that befalls anyone around us. Bottom line, he's just human! Want to know what I responded to my sister's sms? Well good for him, god bless his soul.. he's indeed in a better place! After all the records he has made.. and all the hevoc he had undergone with the media, and dying off after a long silence in the industry, I believe he's made his moments on earth and its time for him to get on with something out of this world. God has better plans for him, and another way you can look at this is.. hey he's the most flexible skinniest artist yet he died of a cardiac arrest? How ironic is that?

So much for conclusions of who should be at risk of the worst possible death!
So Mickey died the same week my mum did 7 years ago with a cardiac arrest too.. 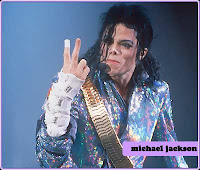 We will always have his music in our hearts and his name in music will go down generations even though we have all lost this Pop King..

So Michael Jackson, whichever way you get burried, may THE ALMIGHTY God bless your soul, and may you rest in peace.. Amen!
at June 26, 2009