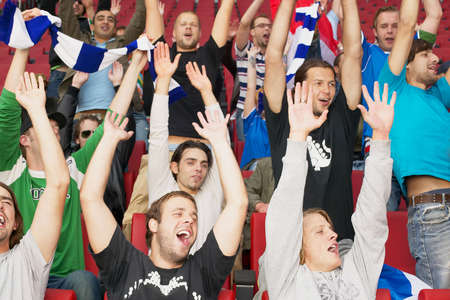 Who needs the TV when it comes to football?


As much as the world loves it, I would agree with some of my friends that I find the game a little boring. At one time I personally felt guilty watching sports, especially when I'm on the sofa with a bowl of chips and soda in my hands! Right, I should be on the field burning calories instead of just watching and loading up on crap instead.


This reminds me of a story of how I played football and had a blast of a time in the field with my Catechism friends at our Confirmation camp, and right after that I joined in for Charades with another group in the dorm and I ended up twisting my ankle really badly because I jumped out of my seat for winning. I mean, I played football but I injured myself in Charades? Good Lord right??!!!
Anyway back to who needs the TV when it comes to football? I CERTAINLY DON'T.


Where I live, my surroundings practically alarms me that there is a match and I would know who wins or scores just by the thundering cheers that comes from the audience sitting in their own condo or even by the mamak stalls opposite my place.


So Spain won its 1st World Cup and how I knew that.. obviously by the cheering of the FANS!!!


To them I wish a big thanks for sparing me the guilt trip of watching the match although I have grown to ditching the snacks and sodas and watching it, if I had too, as a responsible woman :P
at July 12, 2010