* My Left Hand Is As Good As Dead? 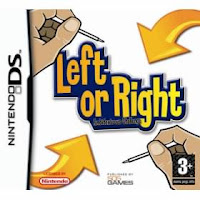 I have come across many who say that their left hand is as good as dead, and rightfully so it is.
Being AMBIDEXTROUS which means having the ability to use both your hands, the left and the right (yup.. I'm also wondering why I had to tell which hands.. as if there were any other haha) is something apparently rare.
Usually 1 in 100 people are Ambidextrous and even rarer if they are right handed who can write with their left because most things are built for the use of right handed people.


Anyway, today my son brought me his Nintendo with a game he didn't understand, asking for my help, and when I looked at it, it was a game to TEST YOUR AMBIDEXTROUS LEVEL by non other than the maker of Nintendo games Shigeru Miyamoto. He was the man who made the famous Super Mario games along with many others and was an Ambidextrous himself.


Well I don't mean to brag, but being that 1 in 100 that the scientists claim sure feels good.


There certainly is much more I could do with my ambidexterity other than to be able to write a complete essay with my left hand, beat batter at high speed for my cakes, and best of all, slap someone as hard as my right hand could; I just need to keep on discovering them.