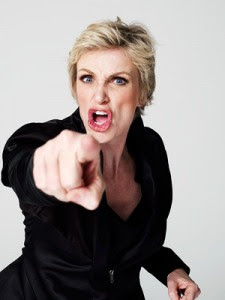 Some people seriously have no sense to watch how they speak especially to a person who has lost someone dear to them. Yesterday I attended a 1 year memorial lunch, and sat next to my aunt who's husband passed on a year ago. Opposite her sat this much "older" woman who unfortunately didn't age wisely!

She went about asking how my late uncle passed on, and what was the cause of his death, and my aunt still tired to reply to her in much hesitance of recalling everything. Nevertheless aunty did so in politeness to the age of the woman asking. Then there came a point where anyone would have shouted SHUT UP to that old crap of a woman! She went about claiming her versions of my uncle's death and continued with strings of "you should have and you shouldn't haves...."
Good Lord.. I peeped at the right of my aunt and pierced a look at another aunt, both of us in total disgust, and honestly I would have taken the pleasure of saying SHUT UP but in respect to my aunt, I didn't.
So I barged in and interrupted their one way dumb-conversation and saved my aunt by asking her to go wash her hands as they were getting dried in curry.
This scenario isn't foreign to me, I've had several encounters with oldies like this when my mum passed away.. and as much as I would have also said Shut Up to them, I didn't, in respect to my mother's good name!
I would confidently say that the generation of women who speak like this will diminish from the face of the earth soon enough, since I know many idiotic old ladies from this same generation as my mother's spoke with no sense of sensitivity, but I also know many who are such dear people, one of whom was my own mother.
I guess it's not their generation that has made these sort of women, since sadly I also know some stupids around my age and probably a decade or 2 older who also spoke as dumb as this.
My only solution now would be to buck up the courage to say SHUT UP.. Hmmmm????
When I do so one, I'll certainly blog it and I'll make sure I do it the Sue Sylvester Style :-P
at January 10, 2011