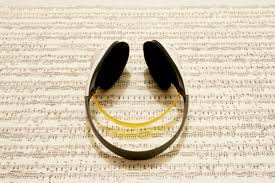 Don't our kids amaze us almost every time.. and most of these times unexpectedly?

Sometimes our children have got the ability to comprehend life better than most adults..
Guess it's true when experts say.. "To a child his entire world is a playground." They understand it better probably because they are not blinded by stress like us, adults, I guess.

The one thing I admire in my kids is their ear for music. Not just music played on the radio or CDs but soundtracks too.

We would watch movies together and I have realized that they (subconsciously i think) register the music played in the background of some of these movies.

For this season, it's all about Klaus Badelt's music of Pirates of The Caribbean and because of this, I was asked to buy the soundtrack from iTunes, which I did, along with 21 other theme songs from various movies which they have in fact watched.

With my inquisitive motive, I decided to give them a pop quiz on the themes. I made them listen to the song and asked which movie it was from.. and out of 21 songs they got 18 right. The ones the got wrong were from the movies they never watched!

Wow!! These theme songs are INSTRUMENTAL and not likely to be heard anywhere else other than in these movies (which they've watched either once or most, 3 times).

I was really impressed. Some movies I know they grasp the background music because they talk about it to me, but these many was quite amazing.

Makes me wonder what else they are listening to without my realization!

Try this with your kids..
I stumbled upon it more surprised than expected.
at June 15, 2011