For some reason this word seems to be popping up rather a lot in my past week and frankly what's the definition of it?

Is it someone who is particular about doing something utterly flawless or is it someone who's plain fussy and annoying, who expects everything to be done his or her way?

Reading The Time Magazine's complete coverage on Steve Jobs - The man who made a difference to the world!, the term "perfectionist" kept popping up almost in every alternate line of its articles.

Jobs apparently, was a known perfectionist by many. He was sometimes found to be difficult to work with because his expectations were, well, out of reach for most, I guess, but he is no doubt, amongst one of the most influential figures of the world.

To me, I believe, there's a distinct separation between a perfectionist and a pain in the arse - 'fuss puss'!

A fuss puss expects things to be done his or her way because they think that's exactly how it should be and no other way is good enough (more like no other way is what she or he has no clue of) and their way of doing things falls short from being anything but perfect. Where else a perfectionist is someone who fusses when there are flaws visible enough for common brains to improvise and make perfect something.

The works of a perfectionist stands out and makes the difference, no doubt a perfectionist might not always be the one loved and favored by all, but I seriously doubt they'd barter trade their perfectionist gene for the mere approvals of a care-less sapient ;-) 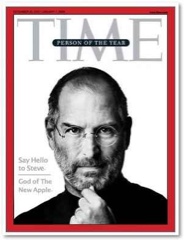 Email ThisBlogThis!Share to TwitterShare to FacebookShare to Pinterest
Labels: Inspiration

Now the good old Port Dickson has finally earned itself a McDonalds outlet at its latest attraction point called PD Waterfront!! Not just a McD which by the way is open 24hours and has an open air top floor seating, Waterfront actually has a Domino's Pizza outlet too all thanks to some guy called TF (I think).
Anyway.. For longest time (all my 34years of living) I'm finally seeing PD have such a hotspot that attracts many at wee hours of the night.. Something that can cater for both the locals and the holiday makers..
Well done!!

So CNY is done.. What next?

We all look out for festivals on our calendar with so much excitement for the upcoming holidays so that we could take a break and unwind especially if it isn't our own celebration. Along with public holidays come school breaks and don't get me wrong but I really love holidays although somehow I'm kinda feeling tired with the cycle of it.

There's always something we need to do next and what is it all for?

We wake up and then have breakfast, then clean up and prepare lunch, then clean up and eat that lunch, clean up again and then probably, if your lucky you get to take a nap, then you prepare tea, and clean up, and then you go for walk in the park, mingle with some neighbours, then get home, set dinner, eat and clean up again, and then you watch some repeats on the telly and head of to bed to restart the entire cycle again and again. (this chronology obviously did not list out, bathing, shitting, doing the laundry, folding the laundry, and yes.. Attending to the kids!!)

Sometimes I feel like I've hit the brick wall and my repeats are the times I bounce off of it!

So yes, CNY has just finished and now back to routines... Hitting the wall and bouncing back only to head it again. 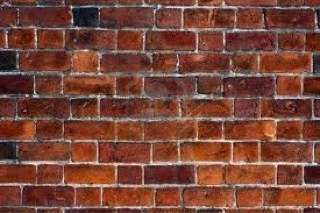 Yes.. Finally I get the chance to blog on my iPhone and not have to log into my MBP to do this!! Hoooray!!!!

Well I'm not sure if this was available long ago, but I finally found it and it has filled the void in my life so splendid-fully hahaha..

I thought I would not blog for 2012.. I guess I take that back! Phew.. Luckily I don't believe in making New Year Resolutions..

Sorry I just can't help myself but to think ahead of time.. Typically I'm a woman.. And age suddenly just isn't a number anymore.. (I'm not going to elaborate on that just yet.)

So hooray to mobile Blogger and happy Chinese new year!!! 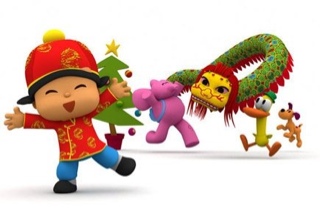