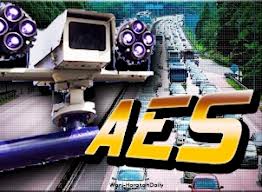 My drive from PD fetching my husband back home on the North-South Expressway in a rainy night 2 weeks ago, caught me by a shock when I decided to overtake a Hilux that was driving horridly slow in the middle lane.

As I placed my right side signal light, changed my lane and increased my acceleration to over take the snail, 3 lightening flashes from the left snapped me one shot after another. I was shocked and at a brief second, panicked and stared out of the car wondering what the heck that was!

GOOD CHRIST!!! They were speed cameras!

Are those cameras suppose to photography those who are speeding or cause a FATAL ACCIDENT at the same time????????

I did not have the slightest clue they had placed those cameras at that particular point and thank God I have a strong control of the wheel. No wonder everyone was driving so slowly at that stretch. Yesterday, once again when we had to drive the same route back home, my husband asked why was every one slowing down? I told him.. “I guess we are reaching ALCATRAZ!!!"

Those flashes were blinding, shocking and disturbing and if I had no sense of control, I would have easily made the system work against its supposed purpose.

I felt as if I got caught trying to escape Alcatraz!!!

I can only imagine my face in those shots.. LOL (yes I’m laughing because I hope my face tells the authorities that they have abused me!!)

I heard a fine of RM300 non negotiable will be my penalty.. well.. I was overtaking a snail.. and I did the entire Alcatraz Escape with my signal light on.. so if that is an offence.. picking up speed which any physics book would say you need to in order to over take another vehicle in which I went up to 110km/hr at a 90km/hr stretch, then I will see what I do with that when I get to that juncture.

I think this system is not right.
What is the point of putting this speed cameras at a point where everyone knows it’s there?
People will speed else where and behave at that stretch alone wouldn’t they?
I have driven in Singapore so many times and they have this fixed speed cameras by the side of their roads as well.. but those don’t blind you to kill you! How come? Can someone tell me what I’m missing to understand here? Why such a fatal prone technology here where else Singapore can go with one that is purposeful and non abusive?

I suddenly prefer seeing our traffic police being bushmen at duty at least that’s not going to kill you!!
at October 31, 2012

I had a rather weird experience last week. 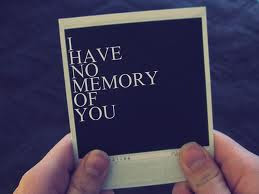 Saw a person I knew from my hometown on FB and decided to request for friends. After almost 2 weeks plus from when the request was made, she accepted my request and then over the chat upon me messaging first, she tells me she has no clue who I am!
WOW! I was seriously shocked to my marrow on her loss of memory!
A person whom back then (approximately 15 years ago I should say) would come around me and start conversations which I did positively engage in, who told me once that I inspire her, who claimed admired me and wished I were her older sister - suddenly has no recollection of who I was shockingly startled me. I am certain by the words of many and my with my own eyes that I have not changed in my facial appearance, and socially I have been active in church activities where by this person had no reason to have not seen me after school years.

So what is the reason then?
Can a person truly truly have such an amnesia?
Or is this amnesia one out of choice? But if so, why accept on FB..right?
To those I have shared this with, they told me this is a complete act!
It’s impossible for anyone to have forgotten a person even after trying so hard to light a spark unless they have a medical condition.

Queue Up Not Glue Up!

Have you ever had to experience being in a queue and the person behind you seem to be in some idiotic rush? Pushing and glueing themselves into you?
Well, if I’m asking you then you can surely guess why! Today at the movies, queuing up to get some popcorn, I just had to have a woman behind me that glued herself to my back, pushing my handbag forward almost every 5 seconds and for what? I have no clue! It’s not like the counter is going to drive away or we need to stick our face up another person’s arse to make space for the queue that’s unfortunately getting longer, right? In my irritation I spoke out loudly saying, IT’S QUEUE UP NOT GLUE UP LARRRRRRRRRR!!!!

Of late funny lines verbalise itself out of me in my height of irritation.. Well it made my sister laugh and me too of course.. It is so blardy annoying to be in such a close proximity with a stranger, and all my experiences of such is with women older than me! Nooooo I’m not going to feel any different in fact must madder if it were a man!
It did cross my mind to take a step back, plunging my heels into her foot to teach her a lesson.. but my conscience didn’t approve it!
Haiyah!!!
Anyway.. The good thing that came out of this is this saying I guess..
So remember fellow earthlings in a queue.... QUEUE UP, NOT GLUE UP!!!! Okay?!

Email ThisBlogThis!Share to TwitterShare to FacebookShare to Pinterest
Labels: Etiquette

11th of October has been declared as  International Day of The Girl Child focussing its first year into observance to ending ‘child marriages’.


All my growing years I have watched such ridiculous child marriages shown in movies and dramas on the TV and have heard stories from neighbors about girls as young as 13 and 14 being married off to older men to ease the financial burden of her family. BURDEN? I have asked my mum, is that the purpose of marriage? To ease a parent’s burden? Her reply was that’s how little the parents of those girls know! They don’t understood the value of education in a girl, and the burden that can be eased off of their shoulder if their daughters were given a chance to work and be someone. If independence to her life was given priority. How much more would the family gain from their daughter if they had placed her rights above all else.

Personally I knew of a girl back in school, who came from a poverty striken family. She was made to be married off almost immediately after SPM (age17) because her parents could not afford to put her for tertiary education. But is marriage the answer to such a situation? Getting their daughters to be married to men who are poorly educated or not at all and have their girls be treated like trash by their supposed husbands who come back drunk and insist of SEX? Who have no regards for raising their own children?

I believe once such a cycle exist, that drive to do the same to their own young will continue unless, the young mother decides to put an end to such vicious decisions on their own girls!

Malaysia may be modern and advanced, but sadly, child marriages still exist and in recent statistics, it is on the rise! What’s the excuse for such an act now? Financial burden? Child with acts of promiscuity?

Mind sets need to be changed! The fact of the matter is, it is not the men who truly discriminate women, but women themselves who discriminate their own gender that has caused such a devastating scenario for the female race!

Ladies who ill treat their daughters and look at them as nothing more than a object for marriage, mothers who have no guts to stand up against their abusive idiotic husbands who think the girl should be given away to another man, women who think they need to have their daughters married off ASAP so that their duty as a mother is obligated! As long as women such as these exist, women who do not know how to protect their own girls, and the girls around them by prioritizing their needs and rights as a HUMAN and not as an OBJECT, child marriages can never be put into the grave!

Women who are mothers, sisters, aunts, teachers, neighbors, and friends must make this first change! Protect the rights of the girls around you!! If you have been abused of your own rights..you can put an end to it - don’t give a deaf ear or a blind eye to those who are going to end up like you.. you should be the living example of what you don’t want your own child or the child of another to be!

The Girl - The Gift!

A girl’s marriage is not a license to freedom!
Her marriage is not the broom to sweep your burdens away!
Her marriage is a commitment!
A commitment she makes when she is ready to make it!
For marriage is a journey that is not marked on a map..
It is not a resort for washing of hands!
For even a married daughter needs her parents to protect her,
From the possible viciousness and vices  of the man who may even have married her for her love!
As a parent, you are never free from your responsibilities towards your girl, unless death takes you away from her,
For your girl is a gift, to you and humanity!
She is a gift to herself!

I can’t believe how fast time flies..
and how much we have grown as a family and as individuals ourselves - spouse and parent..
how much we have been through..
and how much more we look forward to go thru for each other and our lovely children..
Hopefully till our bones go brittling away with toothless smiles..
along with grandkids who are deeply in love with us, and children who desire to always embrace our warmth.. because I know that warmth is something you and I have in abundance for our babies!!

For all those wishes I wish..
I have but one simple wish to begin with..
That I have at least a minute of life left in my soul, no matter what, to always have the chance to say I LOVE YOU before a final goodbye..

They say... Life is so unpredictable..
But of all the unpredictabilities.. our blessings are the best things we have been unpredictably showered with!! My blessings are YOU and OUR LOVELY CHILDREN!! The life you have given me, the love you have embraced me with and the pedestal upon which you and our children have placed me.. and for everything.. I say Thank You!

I love you my dearest..
I always have and always will..