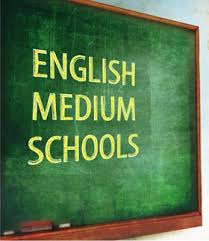 Efforts of making progress in English in our Malaysian National Schools are being taken very seriously by a good number of Malaysian parents for the future generation. As we know the level of English proficiency amongst majority of Malaysians are poor and efforts to improvise this condition has not seen the light of seriousness despite the increased numbers of UNEMPLOYABLE graduates Malaysia has been producing year after year.

Despite the reality of poor efficiency, there are a great number of children who speak and write well in English, and could excel a lot more if they were given the opportunity to be educated in English and many parents feel the need to see the ambitions and visions of these children be lifted and promoted by having them educated in an English Medium-National Type School here in Malaysia.

While we have the Chinese and Tamil type schools to cater for those who speak Chinese and Tamil as their first language, we feel it is only right to have those who speak English as their first language, be given the opportunity to be educated in English as well, of course with the acknowledgement that Bahasa Malaysia is the National Language and a compulsory pass in SPM to see to its importance.

It is proven that when one learns in the language he uses most fluently, it increased their cognitive ability to absorb and perform well in school. Which is why many passionately feel that English Medium Schools should be opened to give this learning opportunity to children who use English as their first language irrespective of what race they may be.

While parents who want English education for their children, and while some children fail to perform well because of language hindrance, these Malaysian parents are struggling to see their children through by placing them in International and Private Schools. Why shouldn't Malaysians have the right to educate their English speaking children in an all English Medium School and have it under the National Education Policy? We cannot carry on living with the idea that we are only permitted to have vernacular schools that offer national type studies in racial mother-tongue of Tamil and Chinese. Many Malays, Chinese and Indians are English speakers by choice or by mix-marriages with other races and nationality.

If you are a Malaysian Parent, and your child speaks English as his or her first language (language spoken most at home and in their social circle) and if you are in favour of this cause, please cast your votes by clicking on the link below. Your votes could make a huge difference in fighting for this cause. Thank you.

CASE TO REVIVE ENGLISH MEDIUM SCHOOLS by The Malaysian Insider