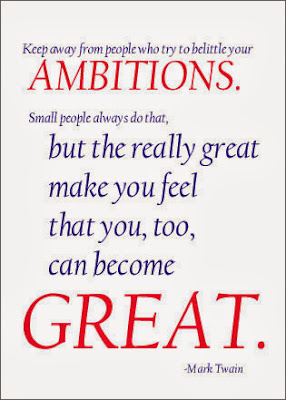 Have you noticed how many times we ask kids what they want to be when they grow up and then once they are all grown up, the lesser the question arises? Or we tell them to be something else instead? Well, if you have not noticed it, you should now on because it is very common in us adults to do that to little children.

We constantly ask them what they want to be when they are older, and every time they answer us, the answer would differ. I knew mine did from wanting to be a policewoman, to a teacher then a dentist, a lawyer, and finally, I didn't know what I wanted to be anymore nor did anyone ask me again. My results and opportunities decided what I could be, mainly because I didn't come from a family that was wealthy enough to put me where I wanted to be (which was not something I even knew).

Now as a parent to 3 kids of my own, this question seems to constantly flash itself at my children by others. I know my daughter has transited her ambitions- chef to artist to scientist and now teacher. She envisions not just being in that profession, but the entire works of it. When it was the chef, she also planned about having her own cafe, serving the finest pancakes and pastas and she'd delegate workstations for each of us, such as Papa be the sous chef, her brothers the waiters and cleaners and I should be in charge of the pancakes while she takes care of the counter (how convenient right? And she's the CHEF!).

Anyway, since then her ambition has changed and now for a good period of time too, she wants to be a TEACHER, an English Teacher. I of course found that to be very noble and fantastic actually but I constantly remind her that even though she wants to be an English Teacher, she has to study and be fairly good at all other subjects too. She asked me why and went on to guessing it herself. Is it because if I don't do well in other subjects, I wouldn't get entry into a University (she definitely heard that in some conversation at home between me and my nephew)?

I looked at her and said, yes that is true but most of all is that a WELL READ and SMART English Teacher is an AWESOME teacher!
That is true! It may seem to many that language teachers are supposed to be teaching LANGUAGE, but what is language and what doesn't it cover? It is part and parcel of everything we do and every subject we learn which ever field it is in, requires a language and a well read teacher would know how to make her teaching interesting and fun, incorporating different areas of study to english teaching and thus create a student who is capable of speaking and understanding the various field of study through language.

Well enough about that, here's the other thing, having an ambition is one thing, but to have someone tell you "WHY DON"T YOU BE..." is by far the most annoying line to receive after sharing what you envision yourself to be. I am guilty of saying this myself to others because I know their potential and I believe it comes from a good place in myself to say that to them without ever undermining what they want to do of course, but when a 9 year old says to an adult whom she is not close to in any way (in this case my housing lawyer) that she wants to be a teacher and that too upon being asked, this lady tells her, "Ha! TEACHER? Be a lecturer la! Why teacher? Lecturer better money ma!"

Are these such people the ones who make us change our minds from following our innocent dreams?

I know people whom as kids wanted to grow up to be grass cutters and garbage truck drivers, but are now Ship Captains and Pilots instead. Did someone tell them MONEY was more important or did they realise in reality, they didn't want to do a stinky job like that all their lives and realised their potentials were much greater? I hope it's the later. Imagine how their parents would have felt hearing their kids say they want to grow up being that? I had my dad ask me if I was planning to work in the MARTEL factory after I finished SPM only because my cousin screwed her SRP results. Can you beat that? It wasn't even over my results that I was questioned that way.

Anyway, as to my daughter who wants to be a teacher, I would certainly support her ambition and not tell her myself to go be a LECTURER instead, unless she wants that for herself. Teaching children is a tough job and I think people ought to stop looking at it as a lesser profession than any other and if she decides later she wants to be an ARTIST, a SCIENTIST or a CHEF, she can go ahead and do it, so long as I'm not expected to make the pancakes! I want to enjoy my retirement away from a stove if possible.

Bottom line is, encourage them to tap into every area and help them find their potential without undermining them and expecting them to be what you or society wants them to be. Study their capabilities and help them cultivate it. We don't need to have our kids be what everyone thinks is the best professions and even if they are in something fantastic and chooses to change their career, what's wrong in supporting it? It's their life, they eventually would learn to survive because survival is in all of us. Who's to say they won't shine to glory in a career diversion? You won't know if you don't try, right?
at October 03, 2013